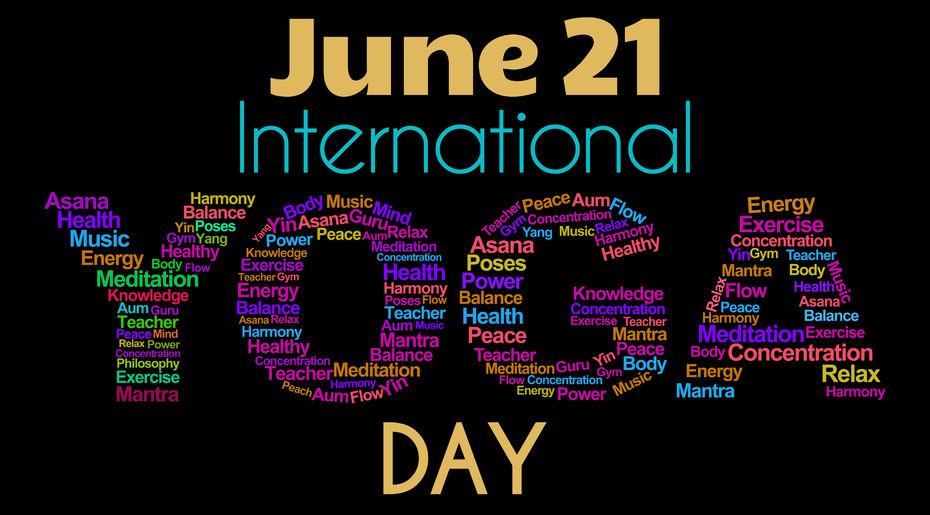 Heading into summer, all of us at Naked Dates are looking forward to June 21. It’s the summer solstice, the longest day of the year, and it is also International Yoga Day, pretty much everywhere in the world.

Many cultures celebrate the solstice, marking the occasion with festivals, celebrations holidays, or rituals that center around fertility or religious beliefs. It marks the official beginning of summer in the Northern Hemisphere and has deep symbolic meaning elsewhere in the world.

As June 21 celebrations go, International Yoga Day is a relative newcomer. It was originally suggested for consideration by Indian Prime Minister Narendra Modi to the United Nations General Assembly in 2014. His words described yoga as a “gift” from their ancient tradition, one that guides the practitioner in discovering a “sense of oneness” with themselves, with nature, and with the world around them. Yoga has been in practice for more than 5,000 years! That alone should tell you something … if it wasn’t working, it would be history.

The motion to officially declare the date was endorsed by 177 UN member states – a record-breaking level of support by all accounts – and so, International Yoga Day was celebrated for the first time on June 21, 2015. In New Delhi, the capital city of India that day broke a Guinness World Record for the largest yoga lesson, with more than 36,000 people participating at that one location. Imagine what those numbers would be if you included the rest of the world!

Cultivating peace and harmony in the world

Yoga cultivates a positive mindset and attitude, and recognizing it at the international level will hopefully encourage even more people to think about it. The resolution makes mention of how important it is for people – whole populations, in fact – to make healthier lifestyle choices and to develop habits that support good health, and how yoga can be a catalyst for change on a global scale.

Idealistic? Maybe. But it’s a practice that has lived on through the ages and is growing in substance as people continue to look for ways to cope with the breakneck speed of life, to de-stress, and to generally better their lives.

How yoga makes my life better

As a yoga teacher and an avid practitioner, I can tell you how it makes my life better: It’s about centeredness. It’s about the balance I feel within myself, and the strength of body, mind, and spirit, even amid all the chaos and unpredictability of running an organic farm business. Yoga gives me the energy I need to get through it all with a sense of inner joy and peace. It gives me the ability to focus on what’s important, even when life throws me a curve ball. Without getting too esoteric, yoga is the connecting principle that helps me make sense of everything. It’s not a religion, it’s a way of life, and for those of us who practice, it’s an indispensable part of our daily routine.

Yoga transcends age and culture, creating serenity and harmony that, quite frankly, we could all use a little more of. Right?

So, on June 21, no matter where you are in the world, no matter your age (the oldest yoga teacher is 97 years old!), race, gender (guys do yoga too, you know!), you are all invited to join in the festivities. If you live in New York City, there is a massive Yoga Day celebration in Times Square, or you can visit the United Nations building for yoga on the lawn, and two days of seminars. If you’re anywhere else, see what you can find in your area, and join in. OM.

Naked Dates are a healthy lifestyle choice, just like yoga!

If you’ve never tried our organic Medjool dates, you’re in for a real treat: they don’t call them ‘nature’s candy’ for nothing! Sweet, delectable, and the perfect superfood to recharge the body after a hard day’s work. Browse our selection today, and enjoy often!